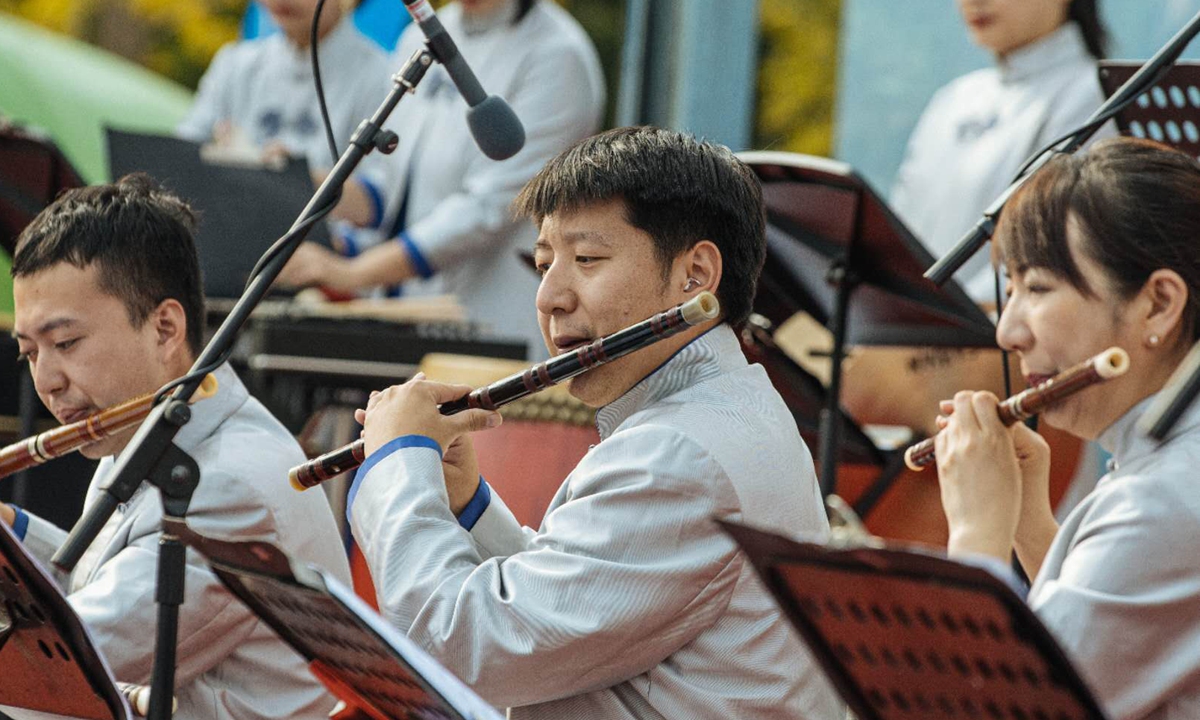 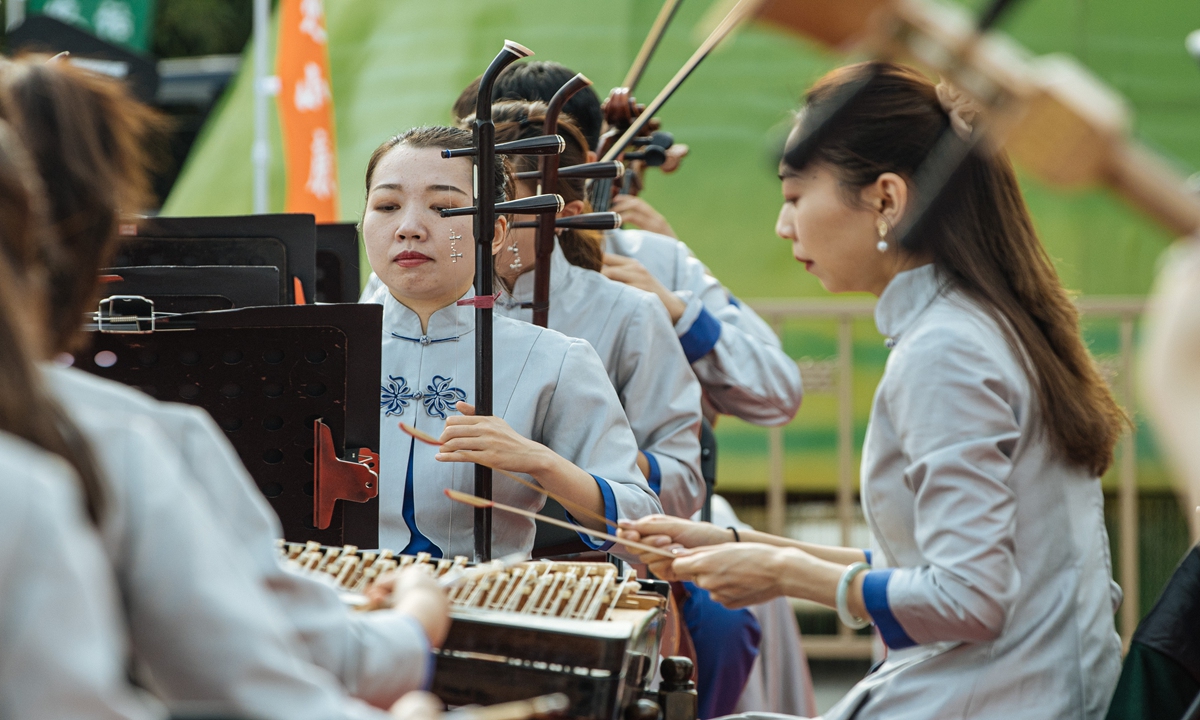 A music concert was held on Tuesday in Beijing's Mentougou district to celebrate the third Chinese Farmers' Harvest Festival.  The concert, organised by the Publicity Department of the Mentougou District Committee and the Beijing Performance and Arts Group, featured musical performances of traditional Chinese instruments and Pingju Opera, with the aim of celebrating the autumn harvest and helping local farmers promote their products.  Established in 2018, the Chinese Farmers' Harvest Festival is the first national festival in China dedicated to agriculture workers. The festival is held annually during the autumnal equinox, which falls on September 22-24. The ambassadors for the 2020 festival include figures such as Yuan Longping, a great agronomist known as the father of hybrid rice, and Li Ziqi, a famous Chinese food and rural-life vlogger. 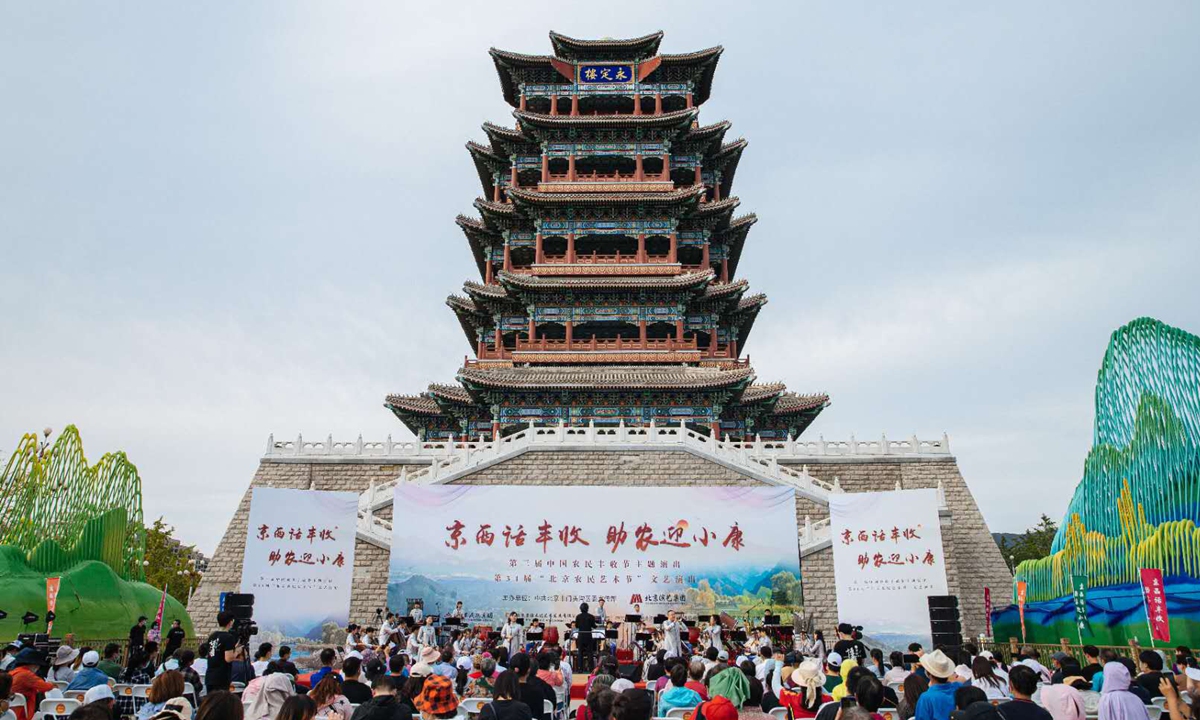 The photo of the concert venue in Beijing. Photo:Li Hao

The music performance will be made available on the Beijing Performance and Arts Group's online platform on Friday. 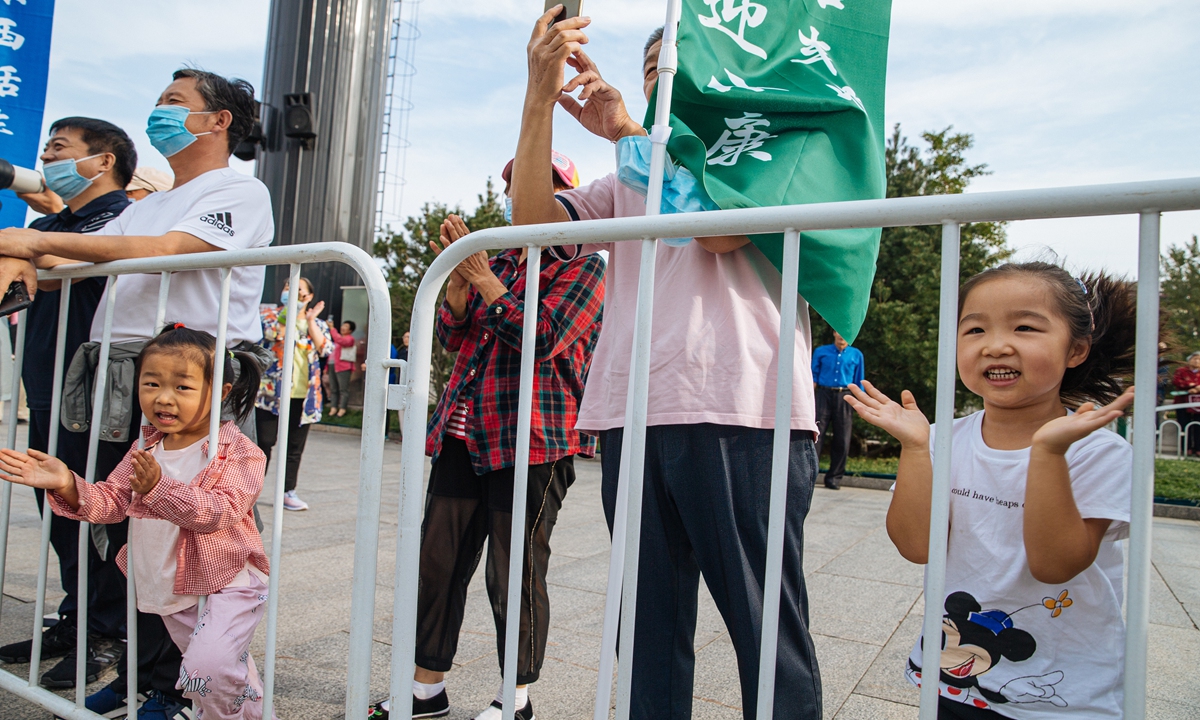 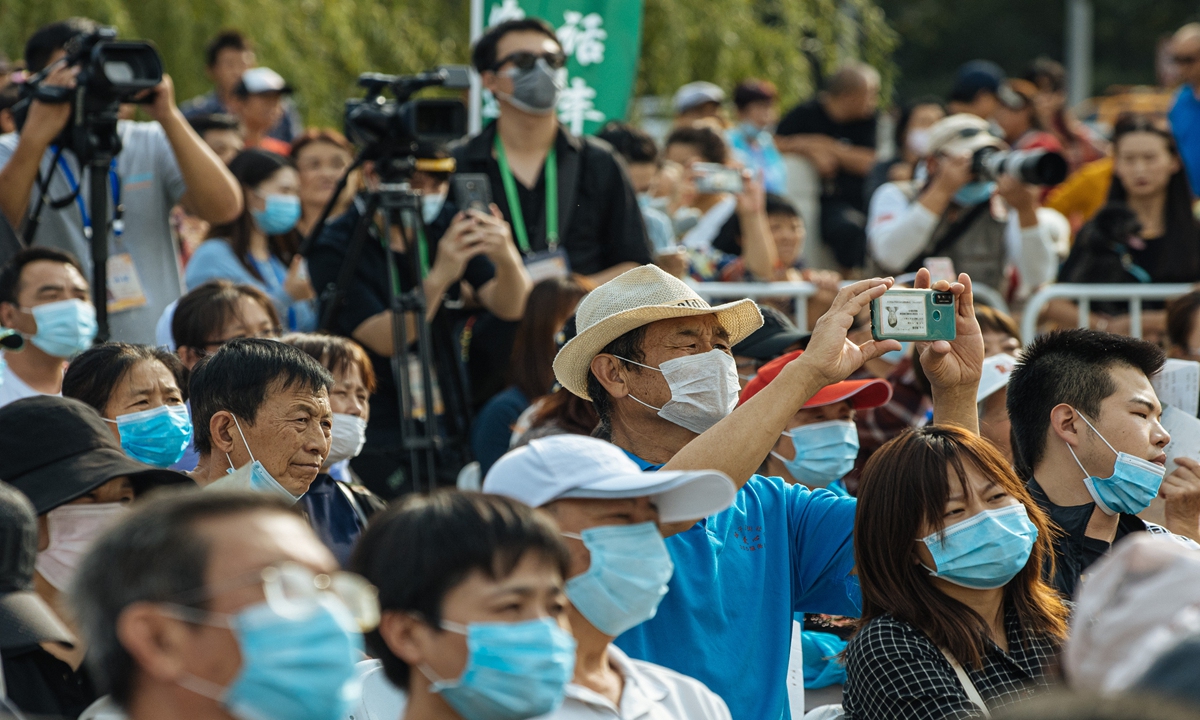 The photos of audiences at the concert venue in Beijing. Photo:Li Hao

"We hope the live and online versions of the music performance can be double strengths, to attract more tourists to visit the district and promote its economic development," the assistant general manager of the Beijing Performance and Arts Group told media on Tuesday.